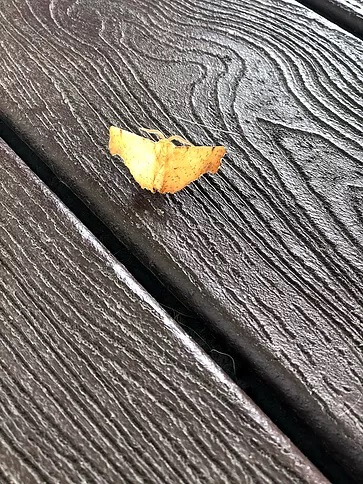 So you maybe wondering why I have two casserole dishes in the oven. 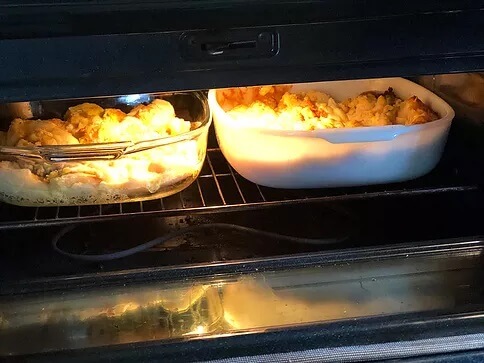 Well, the answer is when you try to make a Pinterest meal sometimes they don’t turn out the way you want.
So, I wanted to make a biscuit casserole for breakfast. It has eggs, biscuits, cheese, sausage and I added tater tots that I had left over from another meal. So, I slapped them all in the white Pyrex dish but as it was cooking Inoriced that it did not cook all the way through and that was because I had so much in that one dish. So, as you can imagine I ended up with a gooy, mushy mess. Well, then I got smarter and separated into two separate dishes. That idea panned out because before to long they were done. I guess sometimes win some and sometimes you lose some. Poor planning and thought processes cause big problems.🙄 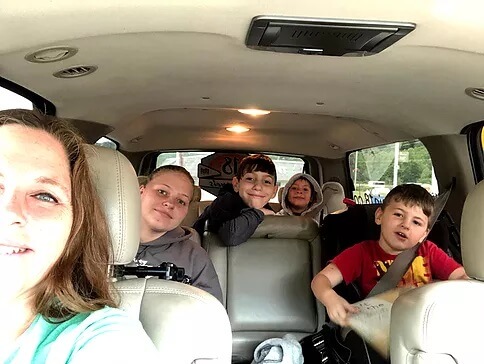 Everyone is ready to go look at the trailers today. On our way to find a new home. 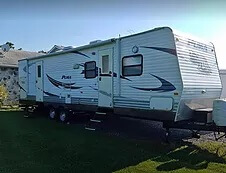 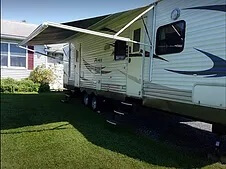 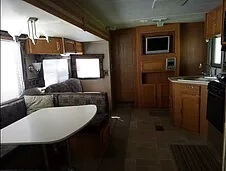 We were lucky and the first one we looked at we loved. It’s immaculate inside. The couple who have it have maintained it so well that it looks and even smells brand new! We’re super excited!

We love the new trailer. 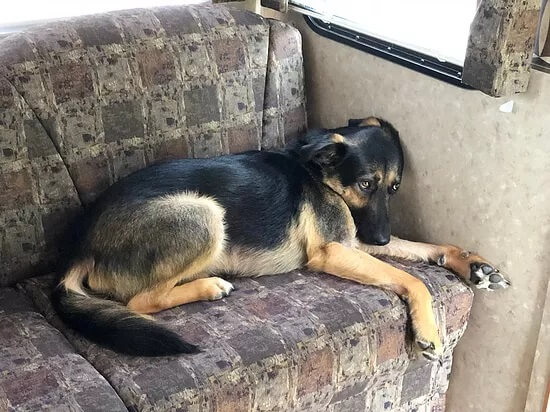 We started moving in yesterday and are almost finished today. This has been a bit harder than I thought. I am so sad to be leaving this place. Even though I know there are different plans for us, it’s sad. I am hoping that as we finally leave here I’ll be better. We have all been in bad moods for the last few days and I think it’s because we all really don’t want to leave, and it’s more than likely, because we have no choice. This whole situation sucks. We lost friends who we have known for a very long time. Who we trusted. We lost new friends, who we were just getting to know. We lost a place we wanted and dreamed about calling home. We will keep on keeping on and it will all work out in the end. 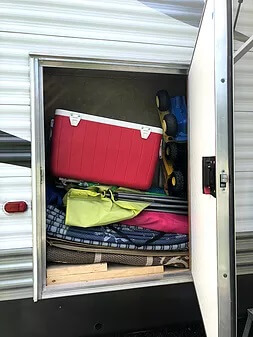 The House is empty

So a few tips if you are moving to a trailer or are going to be getting one to travel in.

Bins, bins will be your best friend. Also Command Strips and hooks. They don’t work in every trailer because of the walls but they so far have worked in both of ours and we love, love, love them! We also found an under the sink storage thing at Walmart. It works perfectly for shelving in the upper cabinets. We were able to put the dishes on them and have plenty of room.

The trailer we got came with a brand new power awning and thankfully one of our amazing friends was kind enough to help us put it on. It’s so awesome! So now we just loosen the arms go inside and press a button and wha-la the awning comes in.

The trailer we got came with a brand new power awning and thankfully one of our amazing friends was kind enough to help us put it on. It’s so awesome! So now we just loosen the arms go inside and press a button and wha-la the awning comes in. 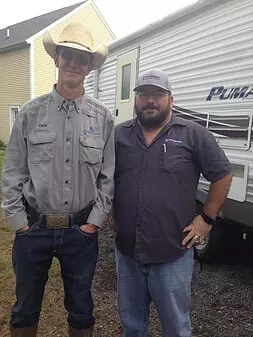