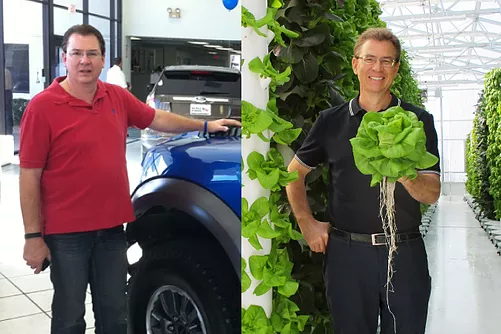 Troy Albright is the founder of True Garden.

With a passion health and food, Troy took on the monumental task of building the largest high tech green house in the Southwest.

Phoenix, Arizona-based True Garden is the premier vertical aeroponic food farm in the Southwest U.S. This first-of-its-kind facility, operated by solar power, was designed in partnership with Future Growing LLC with a vision to drastically reduce the region’s agricultural water consumption while making local, living produce available year-round in the hot desert regions of Phoenix and the Southwest US.

True Garden is the first high-tech greenhouse in the U.S. capable of producing most cool season food crops year-round even in the scorching desert, where temperatures reach 120 degrees during the day and 90 degrees at night during peak months. The greenhouse uses very little energy in the winter months by operating in a naturally vented mode. During the hotter summer months, the greenhouse utilizes a combination of smart and efficient technologies to affordably keep the greenhouse at optimal temperatures, both during the day and night.