So we decided to name the truck and trailer. We are continuing the tradition. Gilly is our truck and is named because that’s the name of the vehicles who transport the circus. We named the trailer WhiteTop because that is the synonym for the circus big top. We thought it was fitting because our kids are clowns and Hal has to be the circus master. I’m apart of the side show 😀

On the way up here we saw a TON of turtles that had gotten hit on the highway. That should have been a clue as to what we were getting into.

Oh, there was nothing good about this park. It was is in a sketchy neighborhood. There were people packed into spots like sardines, it was a pain to try and even park White Top. Hal did a great job maneuvering with Gilly though.
There were ants that got into the trailer. Thankfully we were only there 2 days. This park will most defiantly be a no go ever again.
You could not use coins for laundry you had to buy a card for $5 then load it. Laundry itself didnt cost much.
We were parked in the back (space #40) and heard the trains

And it was so darned hot! So darned hot! You couldn’t open any windows or vents because the bugs would come in. 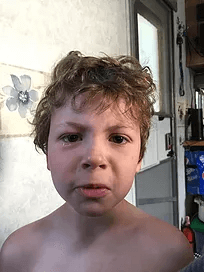 Our space was a 50 amp and we weren’t told that. It was supposed to be a 30 amp. So we had to buy an adapter for $50 then return it for a refund when we were done with it. The guy who Hal was talking also was not going to be very accommodating on waiting for us to come to the office.

Actually there was one good thing about it, it was a 10 minute drive from the beach. Now here’s where it got fun. Hal dropped the kids and I off at the beach was awesome! You could see the sand under the water it was that clear!

There was a guy there with his family and he was surfing. Halim asked him if he could try and the guy said YES!!!

Halim was a natural! He stood up on his third try! Alima tried to but she had a bit of a harder time at it. They both had so much fun. I was so happy to see them both do something that they would never have the opportunity to do if we had stayed in Az. The smiles on their faces and how happy they were was priceless. 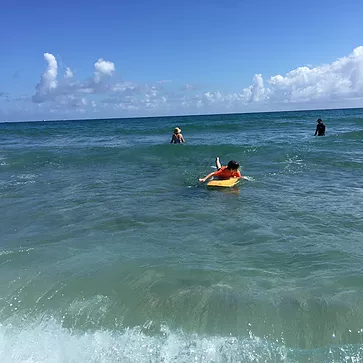 The sand was a bit more coarse than Fort Myer’s and there was a shallow part then a drop then another shallow part. The Little’s had so much fun! I had to watch them more because the waves were a bit stronger and the water was deeper. I was so worried about sharks but I don’t think I needed to be worried. I kept picturing Jaws, hahaha. I still had fun. We stayed at each beach for about 3 hours or so. It made for a long day but it was so fun. We have discovered we like the beach. 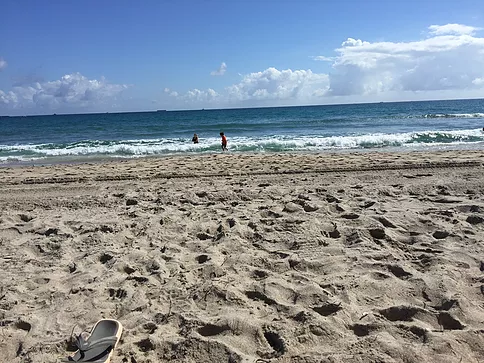 Our space was a 50 amp and we weren’t told that. It was supposed to be a 30 amp. So we had to buy an adapter for $50 then return it for a refund when we were done with it. The guy who Hal was talking also was not going to be very accommodating on waiting for us to come to the office.